Know the Reality of Meditation First before choosing the best meditation app which fits your needs.

Before we can succeed in obtaining the benefits of meditation by practicing a rigorous regimen of the same, we should be aware of the term’s meaning. Whenever we think about meditation, the thought of religious beliefs and specialized instructors helping people to do the same comes to our minds. But real meditation is something very different from all this, and as part of the “good news,” we can even say that it is more straightforward.

In the most basic terms, you can interpret that meditation is the act by which you can control your mind to achieve a supreme level of focus and attention. No matter what component you add to this simple term of meditation. The reality will never change.

The reality is that anything you do as part of your meditation regimen will always be centered around the pivot, which is called attention. Meditation will always enhance attention, and you should never expect miracles out of it. However, it is this attention and self-awareness, which is generated by meditation, that, in turn, helps in providing other benefits to the body.

Some Misconceptions about meditation apps

We all must have seen people talking and writing about meditation, promoting daily meditation apps, and their excellent effects on the human body that promote better health. But in reality, one who is unaware of the proceedings and the consequences of meditation will always have a question in their mind “Is it true that focusing on the mere intake of breath and then its expulsion be that helpful in promoting better health? “

This is a very prevalent misconception that surrounds the whole practice of meditation. These stereotypes that are present around meditation have always made people skeptical about its benefits, such that they have been reluctant to try the meditation techniques more often than not. These stereotypes need to be dealt with seriousness and be removed by those who are aware of reality, such that more people can seek benefits from the practice of meditation.

Now that we have explained the real meaning of meditation, we can turn our attention to the central aspect this article needs to discuss. The thing which we intend to highlight in this article is the process of guided meditation.

Guided meditation can be facilitated by specialized instructors who have been facilitating the guided meditation techniques for years together now. It is a very popular method of meditation and has proven to be beneficial for many people.

An App for Guided Meditation

Coming back to the Mindtastik guided meditation app, there are a lot of benefits that it has been known for. First, the app evokes positive feelings and helpful emotions in its users. A popular journal from London has mentioned this feature of the Mindtastik as the “Positive Mindfulness Meditation App.”

The users have shared some delightful experiences that they have had with its use. Furthermore, as per their reviews shared online on different social media websites, they have said that it is an utterly simple app that anyone can use anywhere, anytime.

Another beneficial feature that the Mindtastik meditation app offers is its customizability. Users have the freedom to choose what type of background they want to have during their sessions with the help of this app Complete Meditation App. It allows users to choose between rain, chimes, or music, among other options. The user can also select how they would like their voice to talk- slow or fast. And it does not just end there! Another popular journal from Croatia has said that Mindtastik also helps one integrate mindfulness into daily life through breathing exercises. What more could a person ask for? A calm mind and an active lifestyle go hand in hand with each other!

A Blend to Make It the Best Meditation App

Mindfulness is the condition in which the person becomes aware of their mind, actions, and body. When the person can be attentive towards their efforts, they can avoid those that are causing harm to their personality and perform those that are important for them.

In this way, personality development takes place. When we talk about apps, you might find meditation apps very commonly, but finding a mindfulness app on Android will be extremely difficult.

Mindtastik app effectively combines the effects of basic meditation along with mindful meditation in a single platform. That is why it is gaining popularity rapidly. If you ever search for a good mindfulness app on Android, then your search will end up on the Mindtastik app itself. Like other benefits, promoting mindfulness is a vital feature of this app. As a result, it is rated among the best mindfulness apps today.

Personalization is an essential tool that is provided by the Mindtastik app. If your attention span is not as high as others, then there is a feature by which you can choose to meditate only for a few minutes every day. If you want for a longer duration of guided meditation, then this best-guided meditation app can go on providing you these benefits for ours altogether.

When we say that it is the best meditation app, the list of its characteristics does not end here. The benefits of the guided meditation provided by the Mindtastik app have been shown to enhance sleep. It is not just a claim, but it has the reasoning behind it that says that guided meditation has a depressing effect on body systems that helps them relax. In a relaxed state, it is easier to sleep consequently.

The app effectively takes you into a deeper state of consciousness where you cannot think about negative thoughts, which ultimately makes you resistant to any depression. Due to this effect, it has been counted among the best meditation apps in the world.

Allowing you to become repulsive of any negative thoughts and moving you towards a saner state of mind is an achievement that is extremely rare when you talk about the objectives of these daily meditation apps. But Mindtastik is known to achieve all this with its patients.

That makes use of basic psychological principles. One of the principles it uses to enhance confidence among its patients is providing affirmations. Positive affirmations serve as a motivation for the person suffering from a depressing phase in life. Giving affirmations makes the person secure and helps them cultivate an attitude such that they do not fear losing anything.

Another reason why it is the best meditation app available today across various platforms because it has evolved ever since the developers launched it. By evolution, we mean the technical updates that the app developers have brought in. Still, at the same time, they have also taught newer principles of psychology and treatment that have enhanced their overall profile as a self-help app.

Best Meditation App as it addresses the Key Issues

The major problems faced by any patient suffering from psychological distress include one at its top, which we call privacy issues. Any psychological patient is reluctant to seek medical attention because they feel that if they interact with anyone and communicate with them about their problems, it will end up being a lecture for them and will instead be a disappointment when it comes to personal confidence. For such people, a self-help app such as Mindtastik is an excellent way of getting themselves a type of liberation.

Now, as a self-help app, the Mindtastik app has been supportive of medical treatments that have been rendered to patients who are suffering from psychological distress as it is an addition to all these treatments and has safely been accepted by patients from all over the world.

The main reason for this is that being a self-help app, it has always preserved the patient’s privacy and that they have never had issues of the reluctance of interaction, something that is very common among patients of psychological distress.

Also, there are pricing policies that are present within this app, as well. These are regarding the types of guided meditation protocols you require as a patient. Even if you compare among the daily meditation apps present on Android and iOS, you will find that the Mindtastik app has the most affordable plans. Due to this affordability and supreme quality, it is counted among the best meditation apps in the world.

Most psychological problems are associated with stress, anxiety, and depression. You may say and feel that these three problems can be dealt with by taking help from any other daily meditation app, so why go for Mindtastik? You should be aware that the Mindtastik app does not only deal with these problems effectively but also has a greater horizon when it comes to dealing with patients of mental distress.

Mindtastik App has specially designed plans and programs which help in personality development and have shown an increase in self-confidence among patients of psychological distress.

This is because the guided meditation provided by this self-help app focuses on providing motivation and affirmations, as stated earlier, which have shown positive effects on the patient’s confidence. It is believed that if the personality of the patient changes and they can develop confidence in themselves, then any mental distress can be dealt with very effectively provided that medical treatment is also sort by the patient.

In the end, the ultimate decision to choose the self-help apps for meditation lies on the user only but reiterating the fact that Mindtastik has been adjudged as the best meditation app and that it has got excellent reviews from the users strengthened the case for this app.

Apart from this, the evolution of this app with updates and new techniques has taken it from strength to strength. Whenever self-help apps are reviewed, the Mindtastik app always takes a higher pedestal. Thus, it can be said that Mindtastik will be a great choice if you want a self-help app for your meditation program.

Published on October 8, 2019 – Last Updated on March 29, 2022 Our modern world can seem jammed to overflowing with stress and chaos. It seems that phones chirp and ring at all hours of the day or night—the lines between work, home, and school blur and fade. As a result, voices rise, and health… 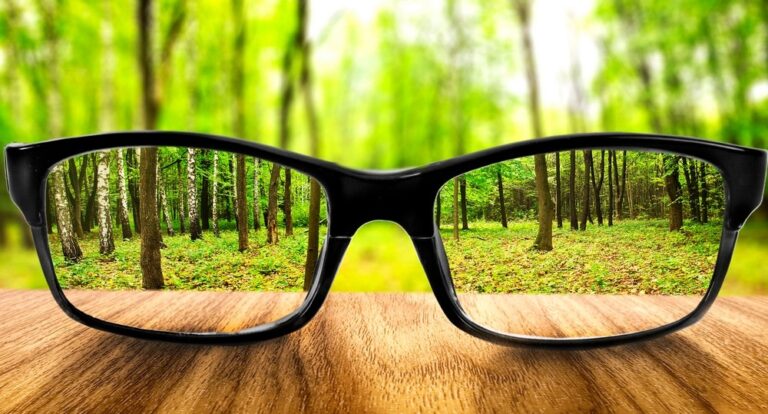 Published on February 25, 2020 – Last Updated on May 10, 2022 Do you ever envy those people who can think of ideas at the spur of the moment? They offer creative solutions, and you wonder how they came up with that idea in the world? Everyone can be creative. It’s just a matter of…

Published on November 5, 2019 – Last Updated on March 29, 2022 How we relate to others reflects how we relate to ourselves. And without the kind of self-awareness that relationship meditation develops, many peoples’ relationships with themselves could be considered abusive!  Technology and artificial intelligence (AI) will never substitute love and relationships. As impressive…

Published on November 7, 2019 – Last Updated on March 29, 2022 Imagine having an essential call scheduled, and you intended to have that call using your cell phone. Would you start the ring with a low-charged cell battery? Or, if you had a 400-mile road trip, would you begin that journey with a low… 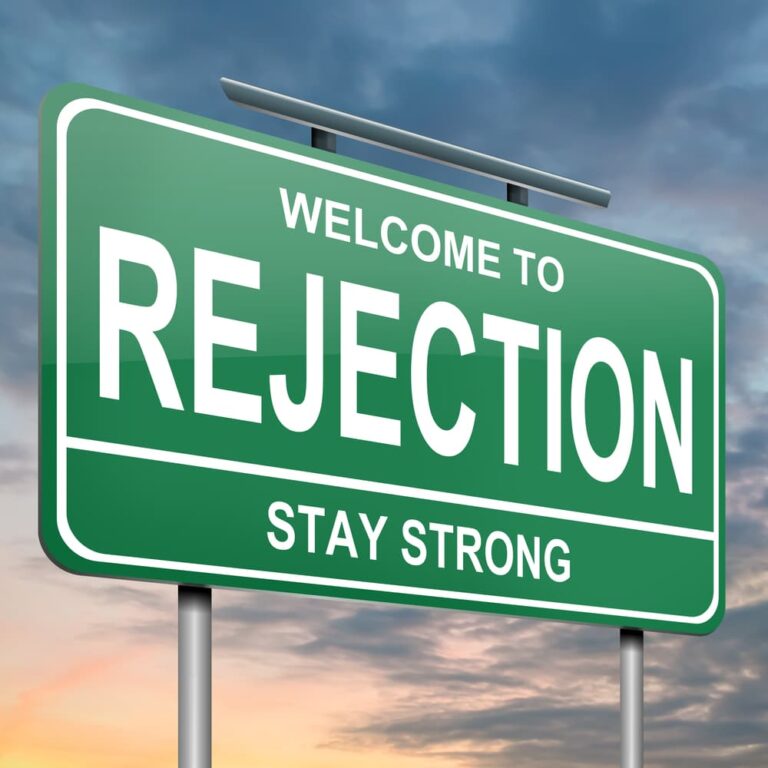 Published on October 16, 2019 – Last Updated on March 29, 2022 “After careful consideration, I can confirm that we will not be progressing your application further, as we feel there are other candidates whose skills and experience come closer to meeting our search criteria.” However, that dreaded rejection e-mail causes a horrendous level of… 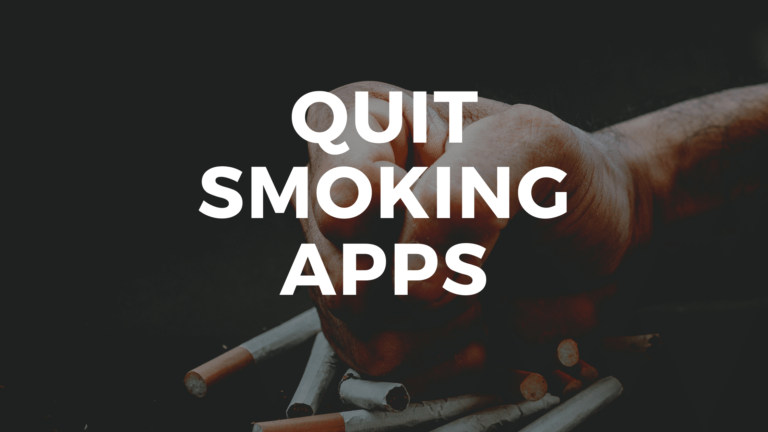 Published on January 23, 2022 – Last Updated on January 9, 2023 Although the number of smokers in the United States has declined in recent years, millions of people still smoke cigarettes. If you’re one of them, you may be looking for a way to quit smoking. Many quitting methods are available, such as nicotine…